Just added to your cart

Los Angeles has an overwhelming choice of things to do! There are so many events , places to see , restaurants to try  it can be hard to choose what to do with your time.  Here is a run down of things to try out whilst in LA by Dainty Kane. 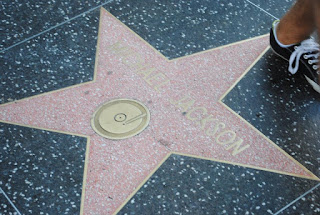 If it is your first time it is always worth doing the hollywood homes tours , you can find a tour bus anywhere along the walk of fame. Some vendors charge more than others so don't agree to the price the first driver offers it is worth checking with the others towards the end of the main walk as they tend to be much cheaper. The tours also take you through the main bars and club of Beverley Hills which is useful for scoping out where you might like to visit in the evenings. 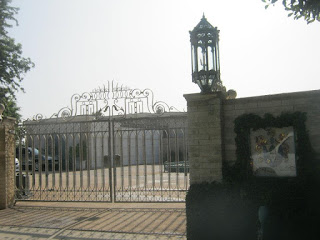 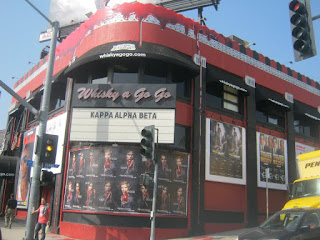 No tour operator can take you right up to the Hollywood sign, however you can walk which is the best way!

Eco tourism is a big thing in LA at the moment and there are many private tour providers that offer walking tours up the old Hollywood hills to see the sign in all it's glory , they will also explain about the history of the sign , homes in the area and you will also come across a hidden park!

The old hollywood hills is where the rich and famous lived years ago before most moved to Beverley Hills so there is alot of history here. Whilst we were on the walk the tour operator pointed out Moby's castle like house (which had the front door open) , it was tempting to call in and say hello!

If you would like to book a walking tour , have a look here http://bikesandhikesla.com/tour/hollywood-hills-daysunset-hike/ 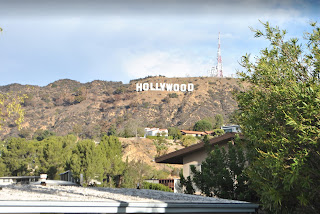 Get Free tickets to be apart of the audience at live talk shows such as Jimmel Kimmel through here http://1iota.com/Tickets. The studio is right on the walk of fame strip so it is really easy to get to. 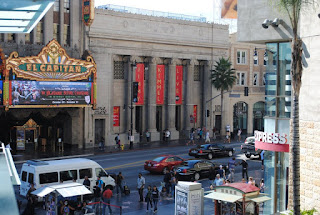 You are spoilt for choice for themes parks when staying in LA , Universal Studios , Disneyland  & Knotts Berry Park to name a few. Disneyland & Knotts are situated near Anaheim so if you thinking of visiting and you are staying in LA make sure you get an early start to arrive on time so you get the most out of your park day tickets. Buses to Disneyland / Anaheim are available from downtown LA , they bring you directly to disneyland for much less than coaches than tour operators . The last return bus is around 10/11pm so you have plenty of time to catch the disneyland world of colour show!..A must! 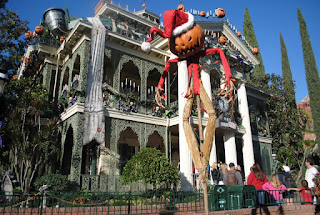 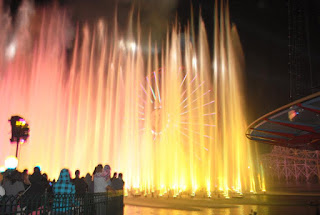 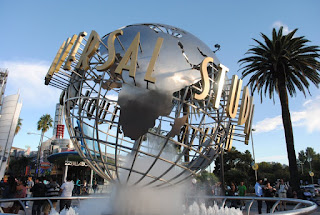 No one walks in LA. It's quite surreal walking around the city and not seeing many pedestrians , most people drive in LA and that explains why. Taxis offer decent fares and are really easy to find so if you would like to travel across town fear not.

The subway is a great way to get around on the cheap during the day. You can quickly hop on and hop to key locations like universal studios. I would recommend the subway during the daytime only or in the early morning when other commuters journey to work , it is not as safe late at night for tourists.

There are a few attractions worth seeing downtown such as the courthouse , the cathedral  and the Walt disney concert hall.

From downtown you can easily walk over to china town (you will also be able to see it from near the cathedral).As above LA residents don't do walking so don't be surprised if you are the only person walking over the bridge but it only takes 5-10 to walk. 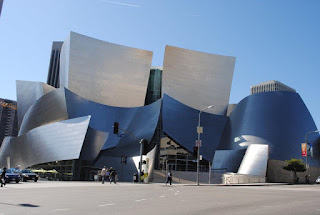 The Cut Beverley Hills is something special , it sits within the Beverley Wiltshire Hotel where Pretty Woman was filmed. The setting and service was impeccable and so was the food! For the main I had a steak which was the best steak I have ever had , followed by a a dessert which was a lava style pudding filled.After dinner take a walk through the grand lobby into the main hotel bar for a cocktail and enjoy the settings , it feels proper old school Hollywood here. 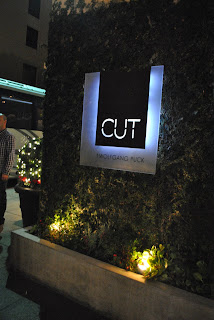 There are  great mix of wine bars and cafes along Melrose Avenue that offer tapas , organic produce that are worth checking out. Don't be mislead by the cupcake shop that promoted zero calorie cupcakes ...they sell t-shirts. Although it is still worth checking out this novelty store http://johnnycupcakes.com/

You will also stumble upon fantastic food trucks parked outside office blocks that cater to office workers. You will find authentic cuisines from all around the world such as  thai , mexican , american , korean for a fraction of the cost that you would pay in a restaurant. 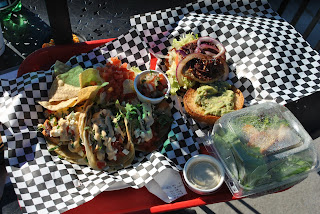 LACMA (Los Angeles County Museum of Art) is a real must.

I hadn't planned on visiting but we had a free evening so thought we would check it out. It doesn't disappoint. The exhibitions change on a regular basis and there is something for all tastes. They also run some pretty cool events , check out their calendar to find out what's on , http://www.lacma.org/. 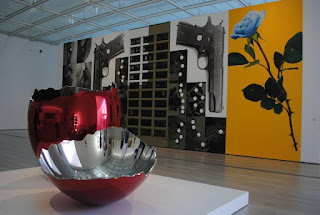 LA is a every shoppers dream! For edgy high end clothing boutiques such as Paul Smith & Vivienne Westwood visit Melrose Avenue. (You will also find the Kardashians boutique DASH on this street where a bottle of water is $10..) 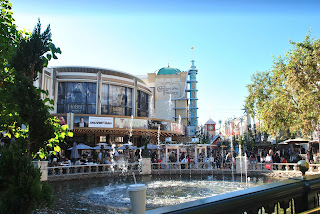 Along Santa Monica beach you will find cheap but interesting finds mixed with some high street shops such as Amercian apparel.

On the main walk of fame strip there is a shopping complex full of choice. 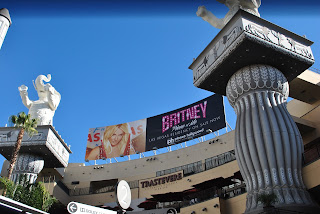 For a great day out visit the grove , it has a fantastic selection of shops , restaurants and a cinema too http://www.thegrovela.com/. The Barnes & Noble book store does celebrity book signings almost every day.

For luxury designers such as Prada , Gucci , Beverley hills is for you! 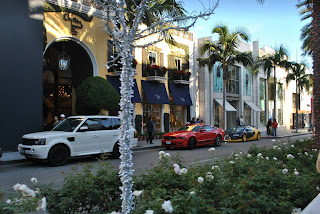 On my first trip we stayed in Hollywood and on the second at the Loews Hotel on Santa Monica, I would recommend Santa Monica if you want a more laid back environment in the evenings. The Loews Hotel is a great base for a trip to LA  , it is right beside the beach and in walking distance to all the local bars & restaurants. 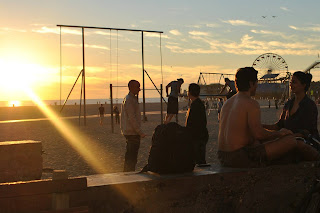 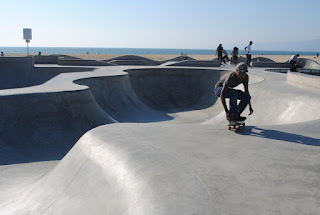 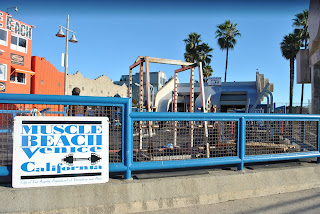 There is a great chilled , laid back atmosphere in Santa Monica . There are some great cafes and restaurants near by such as the shutters cafe along the beach.  Near downtime there is also a great English pub called Ye Olde King's Head  which is often visited by ex pat celebs such as David Beckham. 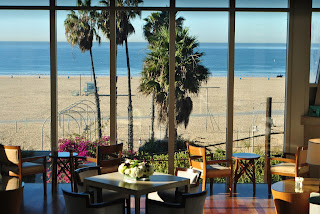 If you fancy something a bit different? Try an evening dining experience on the Queen Mary. The ship is steeped in history and there is no better way to find out more than go on a guided tour followed by a meal & entertainment in the historic art deco style rooms.

The Los Angeles Zoo has lots of rare animals that you usually wouldn't find in the U.K. The animals seemed to be really well looked after and it makes a great afternoon out. 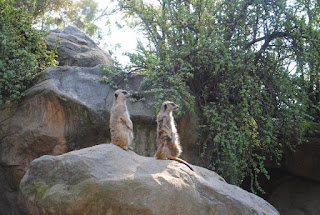 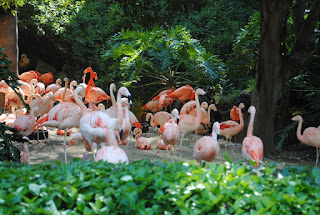 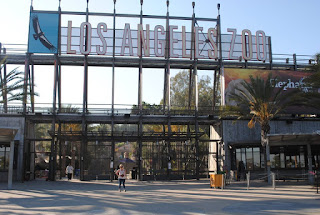 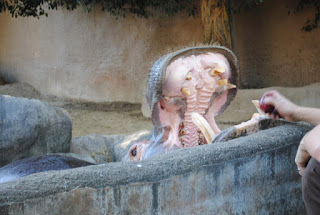 The Walk of fame

Take a walk in the same footsteps as hollywood acting legends. Graumans Chinese Theatre also hosts movie premieres so keep an eye out for what's on when you visit. Morning / early afternoon is the best time to visit this area.The day we visited there was a star ceremony for the director of the cars movies , can you spot Goldie Hawn in the photo?? To find out if there are any star ceremonies during your visit , find out here http://www.walkoffame.com/pages/upcoming-ceremonies.http://www.walkoffame.com/pages/upcoming-ceremonies